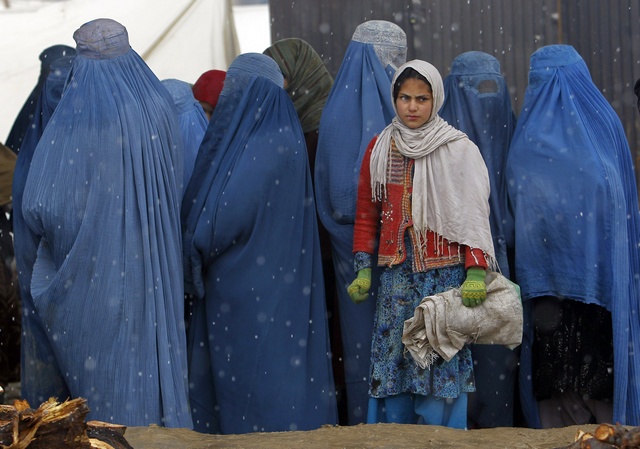 Amnesty International commended President Hamid Karzai’s decision not to sign the draft Criminal Procedure Code, which would have denied justice to victims of rape, domestic violence and under-aged and forced marriage. The law was a threat to progress made on women’s human rights, and the President’s veto is welcome.

The draft code passed by the Afghan parliament last month included a new provision which would have prohibited relatives of the accused from testifying in criminal cases. With most cases of gender-based violence taking place in the family, this would have made successful prosecutions nearly impossible.
“This is an important step against retrograde legislation that would have let rapists and perpetrators of domestic violence off the hook,” said Horia Mosadiq, Afghanistan Researcher at Amnesty International.
“This draft code would have taken Afghanistan back decades in terms of discrimination of women and girls in the country. President Karzai has taken a crucial step by refusing to sign the amended code. Meanwhile he must ensure that victims of domestic violence, rape and other crimes have a viable path to justice, including by putting in place witness protection programmes.”
“Government officials and members of parliament must steer clear of any proposed law that undermines the human rights gains made by the Afghan people in recent years. This includes not enacting laws that discriminate against women.”
“Any amendments must only strengthen human rights protection and compliance with Afghanistan’s obligations under international law.”
In addition to removing blocks on the prosecution of rapists and other abusers, Amnesty International is calling on the Afghan authorities to take all necessary measures to fully and effectively implement the 2009 Elimination of Violence against Women law throughout the country.
The law criminalized some 20 acts of violence against women and girls, including domestic violence, underage and forced marriages as well as exchange of girls in marriage as part of a dowry or blood price (“baad”). It has made great strides in recognizing a woman’s human right to be protected from violence and harmful practices.
Kubra Gohari/ BNA