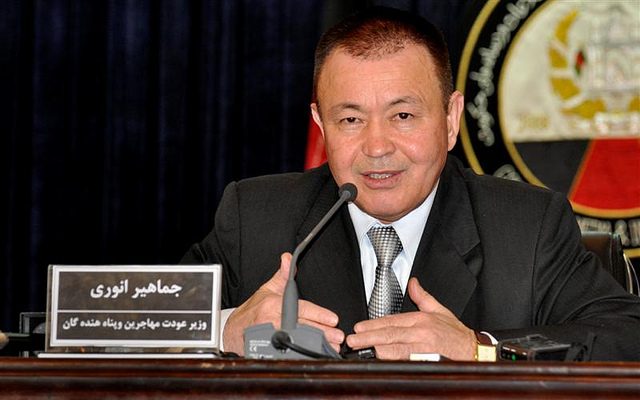 It is nearly 12 years since the Taliban regime has fallen and a new government was established with the support of international communities accompanied by unprecedented support of people of Afghanistan. Over the past 100 years, no government in history of Afghanistan has experienced such level of widespread enthusiastic support. Before that, Afghanistan had the largest population of refugees.  By 2005, a great number of Afghans from neighbouring countries returned to their home country. They hoped for an Afghanistan free of conflict, unrest and war. They were filled with joy and enthusiasm to be part of positive changes that were about to take place in Afghanistan. However, after 2005 people fled the country again. Taliban had regained power and could be of great threats on highways. They burnt schools, exploded bridges and build obstacles on the ways of those whose only wish was to live normally in their homeland.

The young and teenaged Afghanistanis witnessed that the presence of warlords, human rights violators and drug traffickers and a weak and corrupt government in one hand and growing threats by Taliban on the other hand have left no hope for the future of their country. They had no option but to flee Afghanistan. That was the reason these disappointed young Afghanistanis, by absence of positive changes in their country and inability to encounter Taliban threats and warlords, decided to move toward the Western countries. Majority of them were aware of the potential dangers they might encounter until they reach a safe country. They knew that the refugees on boats were drowned on the way from Indonesia to Australia or from Turkey to Greece. They knew that their peers get frozen and die smuggled on lorries’ freezer on the way from France to England. They knew that at the event of a danger, the human traffickers rescue themselves first and use the refugees as human shields against bullets of border polices of Iran, Pakistan and Turkey. They knew they run the risk of getting exploited as sex slaves by traffickers. Despites all these risks, they decided to try their chance to reach a safe country in order to get education and have a future. It is because of the fact that the despair, fear and danger back in Afghanistan are much greater than the danger mentioned above.

When we speak of some one else’s sorrow, it is hard to grasp and understand the entity and depths of the pain unless we have experienced it ourselves. We are not aware of grave pain of toothache until we experienced it. It is the same for pain of exile, despair and devastation.  When a citizen of wealthy countries wishes to travel abroad, he/she just needs to pocket his/her passport and purchase a ticket. But for citizens of third world countries, particularly those from war-stricken countries such as Afghanistan, the humiliation and offence start right from the gates of foreign consulates.  It starts from obligation to talk and disclose very private and public matters to long hours of interviews and waiting times. There is absolutely no guarantee if one can obtain a visa after enduring such conditions. After that, the humiliation starts through the ambivalent behaviours of immigration officers at the airports, long waiting time for checking one’s passport from a ‘particular’ country, the suspicion and doubt of immigration officers on one’s real identity and finally irrelevant questioning which is only for annoying particular passengers.

The immigration officers of wealthy and semi-wealthy countries possess a list that contains names of 30 to 70 countries whose citizens should be treated in a particular way at the border. It is not because of the alphabetical order that Afghanistan is first on the list. It is because of the fear Afghanistan produces for its narcotic production, its terrorism and religious fundamentalism.  No one bothers to think that individuals related to these three threats are more likely to have suspicious documentations. As a result, it is only the normal citizens who suffer. These are only for those who travel legally. But those who travel illegally and are smuggled are actually risking their life.

The pain of exile and separation from the environment one has been raised, the language we learnt from our mothers, the food we are accustomed to, friends and most importantly family members, become more devastating when one has to flee at his/her very young age. Although at this age one has reached a level of semi-matureness physically, but at this phase, teenaged persons are in greater need of care by their father and mother and teachers. It is at this period that teenager’s character formation gets influenced by the surrounding environment and without essential supervision of the parents. A considerable number of refugees who flee Afghanistan are teenagers. The dangerous route, worries about one’s family, encounter with human traffickers, the violence experienced by smugglers as well as border police during detention time, all together create a great psychological shock for these teenagers.

The violence and abuse the majority of these young people has experienced or witnessed is much greater than the violence a normal person may have experienced entire of his lifetime. The culture they were brought up in has created moral restriction for them. Therefore, majority of them will not disclose the real reasons for their escape from Afghanistan.

The weak government of Afghanistan has freed itself from any responsibility on education and training of children and teenagers of Afghanistan, which is similar to its inability and reluctance to provide security and response to very basic human needs of its citizens, which are the normal responsibilities of any state. Majority of the development projects that are implemented in Afghanistan are for sake of providing a ‘good report’ only and not necessarily for brining a positive change in society. School textbooks in Afghanistan are filled with themes of particular ethnic, religious and lingual dominance, which influences children and teenagers’ mentality. Besides, warlords promote their culture of killing, gambling, drug trafficking, pedophilia (not to be mistaken with homosexuality) as model and a way of living for society and support generalization and destigmatization of such customs. During past two years, 406 cases of honour killing and sexual abuse and rape have been reported in Afghanistan. It is highly likely that real number of cases are 10 times higher as many families prefer not to report such cases. That is why those who were exposed to sexual abuses cannot talk about their problems and prefer to make up stories, which do not necessarily convince the immigration officers of host countries.

After spending some years, some of these refugee teenagers are deported to their country. Their reasons for seeking refuge have not convinced the immigration offices of host countries. For example there are cases of refugees who stayed in Norway from the age of 13 to 18. They have encountered grave dangers on the way to Norway. They have waited more than 5 years in limbo and are finally told they should go back to their country.  As their refugee status had not been recognized, they could not get education and could get only 300 hours of Norwegian language training. The time they had available was spent in loneliness and waiting and uncertainty. What prospect can they hope for once deported back to Afghanistan? To be in unfamiliar environment and ashamed of how one has been treated in the society where everybody knows about it, makes one unable to prove to be a positive element in society. His/her own country has not been able to protect him and address his/her basic needs at the time. His/her hope has been destroyed in Norway or any other European countries. Now the question is:  What option the human being communities has left for the future of these young people? Do they have any other option but to join terrorist, criminal, and drug dealer’s circles?

As a human being living in our shared planet, we should feel responsible. These young people have a bitter destiny and if we do not take care of them today, tomorrow our planet would not be a better place. Our tomorrow would be worse than our yesterdays and today’s.

View all posts by Admin