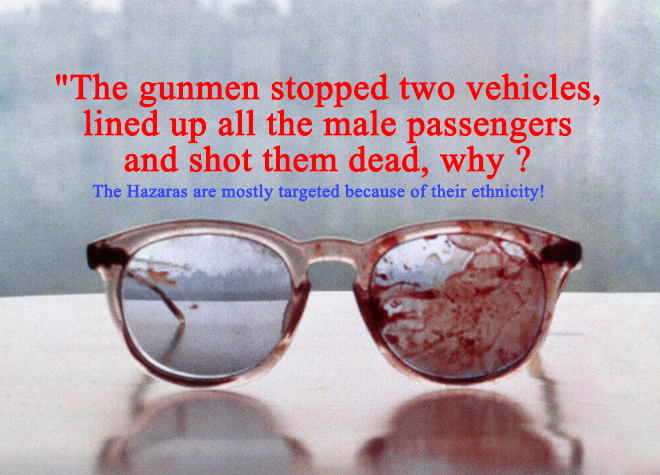 The victims, all male passengers, were plucked from their vehicles and shot dead from close range in Balkh in a rare attack targeting ethnic minorities on Saturday.

“The gunmen stopped two vehicles, lined up all the male passengers and shot them dead,” said Jafar Haidari, the governor of Zari district in Balkh, where the incident occurred.

“They spared the life of one woman who was in one of the vehicles. All the victims were Hazaras.”

No group immediately claimed responsibility for the incident, but it comes as Taliban fighters ramp up attacks amid a disputed leadership transition.

Abdul Razaq Qaderi, the deputy police chief of Balkh, confirmed the fatalities, adding that officials were investigating who was behind it.

The killings bore chilling similarities to another incident in Wardak province south of Kabul, where assailants opened fire on a bus and killed 13 passengers in late March.

Masked assailants seized 31 Hazaras from a bus in the southern Afghan province of Zabul in late February as they were returning from Iran.

Nineteen of them were released in May in exchange for scores of Uzbek militant fighters held in government prisons.

“Rebuilding Afghanistan is going to be a long-term endeavour,” Ghani said at a conference of donors in Kabul attended by Western delegates and non-governmental organisations.

“Afghanistan is a wounded country. Widespread unemployment, a violent insurgency, and the advance of extremism across the region are increasing the likelihood that (our) economic reform agenda will be undone by political unrest.”

Taliban fighters are stepping up their summer offensive launched in late April amid a simmering leadership succession dispute after the confirmation of longtime chief Mullah Omar’s death.

Mullah Akhtar Mansour, a trusted deputy of Omar, was named as the insurgents’ new chief in late July, but the power transition has been acrimonious.

NATO ended its combat mission in Afghanistan last December and pulled out the bulk of its troops although a 13,000-strong residual force remains for training and counter-terrorism operations.